The woman in the window – A J Finn

When Stephen King has this to say about a book, you know it’s special – “One of those rare books that really is unputdownable.”

Debut novelist A J Finn dishes out this thriller like there’s no safe tomorrow. Fast paced, and thoroughly engaging, ‘The woman in the window’ offers you a chance to escape – the snow, and grey depressing days in wintertime.

It’s the story of Anna Fox, a recluse, who has a number of issues that inhabit and take over her life. We’re not sure if what she sees, and says, is real or imagined. It may well all be in her head. After all, she has a penchant for drinking too much wine, she is a recluse who has a fear of leaving her house. All she does is spy on her neighbours. But then, she witnesses something monstrous – a murder. No one believes her, and indeed there seems to be no proof, no body even. Is Anna delusional? The action moves relentlessly as the reader is yanked between the critical present and Anna’s troubled recent past. Shocking facts come to light. Other characters begin to move out from the shadows and take on more substantial roles. The reader is left breathless at the speed of Anna’s unravelling.

Amid this chaos, Anna remains sure of what she saw. Her troubled mind recoups its strength and she is determined to prove her sanity, if only to herself. The climactic scenes come in a rush and by the end of the book, we let out a sigh of relief.

The book is written almost like a movie script. I hear Hollywood has optioned it for a film. 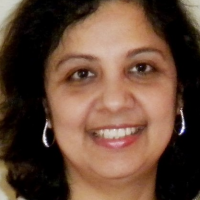 How does your garden …

Some thoughts are too …